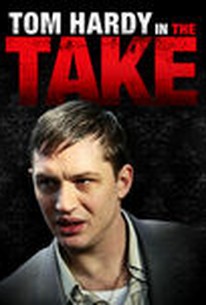 Author Martina Cole's sweeping crime saga is adapted for the screen in this miniseries starring Tom Hardy and Brian Cox. The year is 1984. Freddie Jackson (Hardy) has just served four years of hard time; now he's ready to set the London underworld ablaze. In the following years, Freddie launches a criminal rampage that can best be described as psychotic, and that quickly draws the attention of feared criminal kingpin Ozzy (Cox). The deeper Freddie delves into his sordid world of violence and betrayal, the further his wife, Jackie (Kierston Wareing), drifts into a dark void of disillusionment and despair. Meanwhile, Jackie's sister Maggie (Charlotte Riley) makes a play for Freddie's cousin Jimmy (Shaun Evans), tipping the balance of power within the family ranks and setting the stage for an epic betrayal. ~ Jason Buchanan, Rovi

A gritty, stylish, take-no-prisoners gangster saga. It's compelling, groundbreaking and utterly powerful. A sharp and intense series. It hits all the right notes and then some, it goes places most television shows wouldn't go. Tom Hardy gives a ferocious, storming and electrifying performance. Hardy is a tour de force, he shows he is just a powerhouse of an actor and shows to be more promising as he gets older. An edgy, exciting and totally uncompromising adaptation of the powerful crime novel.