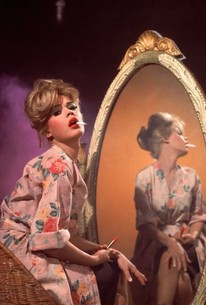 Take Her, She's Mine Photos

In this generation gap movie of the early 1960s, Sandra Dee is Mollie Michaelson, a teenage rebel enamored with long-haired hippies and radical anti-nuclear political causes. Her involvement in such activities sends her ultra-conservative father Frank (James Stewart) into a tizzy. His reassuring wife is played by Audrey Meadows. Frank's furor deepens when Mollie is sent to Paris on an art scholarship. Back at home, Frank picks up a popular magazine and finds that his daughter has posed on the cover for a radical artist, Henri Bonnet (Philippe Forquet). He pursues her to save her from further degradation, but he ends up in a café in the wrong part of Paris just as it is raided by police. They arrest him on trumped-up and erroneous charges, and he struggles to prove that he's not guilty. This film was based on a play by Phoebe Ephron and Henry Ephron.

Critic Reviews for Take Her, She's Mine

James Stewart releases his most effective comic side, the one that manages to make the audience start laughing. [Full Review in Spanish]

The gags are not only corny, they are embarrassing.

Audience Reviews for Take Her, She's Mine

The kind of part Jimmy Stewart could play in his sleep, the befuddled dad, but cute of its type.

Take Her, She's Mine Quotes