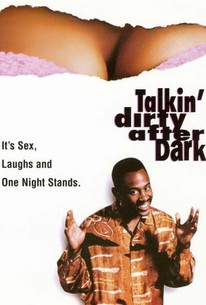 Starring Martin Lawrence and including Mark Curry, Tone Loc, Inez Edwards, John Witherspoon and Rene Jones among many others, Talkin' Dirty After Dark is a behind-the-scenes look at a Los Angeles black comedy club. Lawrence's character, Terry, will seemingly do about whatever it takes to get a gig at Dukie's comedy club. The subplots involve the goings-on of employers and employees of the club in the span of one evening. This comedy contains profanity, nudity, and adult situations.

Def Jef
as Announcer
View All

There are no critic reviews yet for Talkin' Dirty After Dark. Keep checking Rotten Tomatoes for updates!

There are no featured audience reviews yet. Click the link below to see what others say about Talkin' Dirty After Dark!