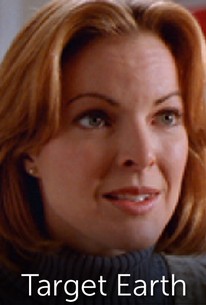 Ever since the 1950s, the area around the city of Springfield, Illinois has been plagued by mysterious 3-day abductions, with the victims returning just as quickly as they disappeared, seemingly none the worse for wear. In truth, however, these victims have been harvest by aliens, who, using implants on their human prey, are laying the groundwork for a mass takeover of the world once those implants are activated. But the only person who has an inkling of what is really going on is police detective Sam Adams (Christopher Meloni), a local "character" whom no one takes seriously. Things begin to intensify when Sam investigates the case of a local six-year-old girl who has undergone a sudden change of personality. Dabney Coleman and Chad Lowe play key roles in this made-for-TV derivation of the old favorite Invasion of the Body Snatchers. Target Earth originally aired February 5, 1998, on ABC.

There are no critic reviews yet for Target Earth. Keep checking Rotten Tomatoes for updates!

There are no featured reviews for Target Earth at this time.