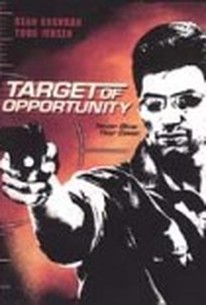 In this espionage thriller, Nick Carlton (Dean Cochran) is a former U.S. intelligence agent who gets a surprising bit of news from a former ally from Eastern Europe -- his close friend Jim Jacobs (Todd Jensen), a fellow spy, is behind bars in the Balkans, having fallen in with some arms dealers on the wrong side of the law. Nick sets out to find and rescue him, but he soon discovers the CIA has other plans for him. Also starring Nadia Konakchieva, Target of Opportunity was directed by the prolific Danny Lerner. ~ Mark Deming, Rovi

Critic Reviews for Target Of Opportunity

There are no critic reviews yet for Target Of Opportunity. Keep checking Rotten Tomatoes for updates!

There are no featured reviews for Target Of Opportunity at this time.