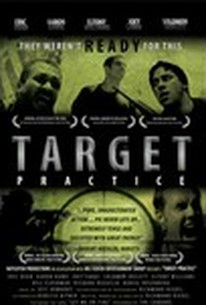 A near miss on a lonely mountain road sends five friends running for their lives in this independent thriller from first-time feature filmmaker Richmond Riedel. They were supposed to be heading to the mountains for a weekend fishing trip, but after swerving to avoid an abandoned jeep on the side of the road, five longtime friends make the fateful decision to go back and check the scene of the accident. Just as the friends make a terrifying discovery, the deafening roar of gunfire pierces the once calm mountain air. Now the chase is on, and to stop for a second means certain death. Having stumbled right into the middle of a clandestine CIA operation involving a home-grown terrorist cell that's been training against the backdrop of these majestic mountains, the remaining survivors are forced to enter a duel to the death against a small army of violent radicals who know every pebble and tree that marks this rugged terrain. But what hope do these average city folks have against a team of trained killers? As the fight gets underway, shifting loyalties, harsh elements, and fierce bloodlust combine to turn what was supposed to be a relaxing weekend retreat into a grueling struggle for survival.

"Target Practice" looks a lot like a movie that some of your more enterprising buddies made-shooting on weekends, using the props and locations available to them, full of questionable acting, and that sort of thing--for good and for ill.

Given its low budget origins, Target Practice is one of the best indie action films of the last decade.

There are no featured reviews for Target Practice at this time.