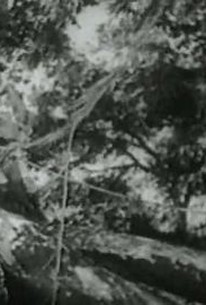 If MGM could cast an Olympic champion it its Tarzan series, so could Sol Lesser's Principal Pictures. Thus it was that Larry "Buster" Crabbe, gold-medal winner for the 400 meter free-style swimming event in the 1932 L.A. Olympics, played the title role in Principal's 15-chapter serial Tarzan the Fearless. One of the few Tarzan epics actually based on a story by Edgar Rice Burroughs, this one finds the Lord of the Jungle protecting pulchritudinous heroine Mary Brooks (Jacqueline Wells) from the villainous machinations of the High Priest (Mischa Auer) of Zar, God of the Jeweled Fingers. Tarzan must also avoid Jeff (Philo McCullough), a bounty hunter who has been offered a huge reward to bring the ape man to Civilization -- dead or alive! This 60-minute feature-length version of Tarzan the Fearless is mostly comprised of the first four chapters, with a rather abrupt wrap-up of several plotlines in the final two reels; another feature version, running 86 minutes, was prepared for television in 1960.

Carlotta Monti
as Priestess of Zar

Critic Reviews for Tarzan the Fearless

More a curio than anything else.

There are no featured reviews for Tarzan the Fearless at this time.