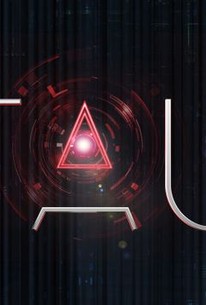 Tau follows a once street-smart grifter, Julia (Monroe) who is the latest victim kidnapped and held captive in a fatal experiment. The only thing standing in the way of her freedom is Tau, an advanced artificial intelligence developed by Alex (Skrein), her captor. Tau is armed with a battalion of drones that automate a futuristic smart house. Tau's potential is only limited by his understanding of the world he exists in, but Tau is ready for more. Julia, showing resourcefulness and courage, must race against time to bridge the boundaries between man and machine, connect to Tau and win her freedom before she suffers the same fate as the previous subjects.

Oldman brings a lack of imagination so complete that he could plausibly explain this performance away as a high-concept ironic joke.

TAU is winningly guileless as it dresses an old story up in new clothes: Sometimes it takes a Creature to understand the depths of Dr. Frankenstein's monstrosity.

A wannabe-thriller about artificial intelligence with little wit of its own.

(Written by James Perkins) A promising sci-fi project that has real star power but still sadly fails to meet the deadline.

Tau had so much potential and delivers so little that the final product feels like an incomplete version of the movie. [Full review in Spanish].

It is what it is. Tau displays some signs of life, but it wouldn't pass a Turing test.

It's like a mediocre episode of Black Mirror, running on for too long and out of ideas.

By the end of TAU, if you've made it beyond the hand-wrung bargaining, the humans are inconsequential, and ultimately serve as systemic throughputs.

The end of Tau is especially pathetic. [Full review in Spanish]

An erratic yet watchable sci-fi effort...

Dull sci-fi abduction thriller that goes down the rabbit hole of ridiculous and never comes back out.

There are no featured audience reviews yet. Click the link below to see what others say about Tau!