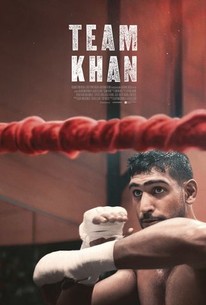 As an amateur boxer, Khan won a silver medal in the lightweight division at the 2004 Olympics, becoming Britain's youngest boxing Olympic medallist at the age of seventeen. He is also one of the youngest ever British professional world champions, winning the WBA title at the age of twenty-two. Since turning pro, Amir has been a two-time world champion, going from lightweight to welterweight and now up to middleweight. TEAM KHAN follows Amir from 2014 - 2016. He has recently returned to the ring, winning his last two fights. He's confident he can become a world champion once again.

An exasperatingly slick documentary with a charismatic subject.

There are no featured reviews for Team Khan at this time.