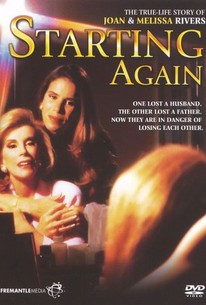 Popular comedienne Joan Rivers and her real-life daughter Melissa portray themselves in this made-for-television movie about their family's trials and tribulations in the 1980s. After suffering through some public blows to her career, Rivers' husband Edgar (often the butt of her jokes) committed suicide. The film shows how the mother and daughter struggled to save their already troubled relationship in the wake of the devastating death.

Melissa Rivers
as Herself

There are no featured reviews for Tears and Laughter: Joan and Melissa Rivers Story at this time.