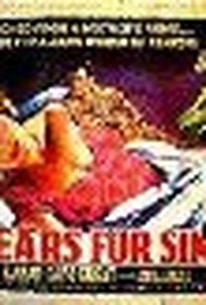 An 18-month-old baby disappears in London. The parents, US embassy worker David Knight and his wife Julia Arnall, are panic-stricken. Detective David Farrar tries to locate the child, but clues are scarce. At the last possible moment, Farrar rescues the infant from a grueling fate and collars the kidnappers. This nail-biting film is filled to capacity with many of Britain's top supporting players, including Thora Hird, Everley Gregg, Joan Sims, Shirley Anne Field, Joan Hickson, Dandy Nichols, Mona Washbourne, Barbara Winsor and George Woodbridge. Released in the US by Republic, under the title Tears for Simon. ~ Hal Erickson, Rovi

There are no critic reviews yet for Lost (Tears for Simon). Keep checking Rotten Tomatoes for updates!

There are no featured reviews for Lost (Tears for Simon) at this time.