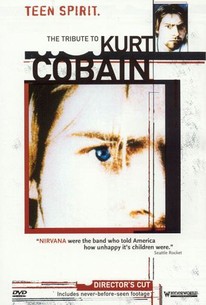 An unofficial documentary of the life of grunge rock star Kurt Cobain, the film emphasizes the mark left by Cobain on the style of music produced after the giant success of his early-'90s band Nirvana. Interviews with people in the music industry, as well as undying fans, along with footage from Cobain's hometown outside Seattle, WA, round out the story of alternative rock as it intertwined with that of Kurt Cobain. It covers his very early childhood through his death, including the effects of his assumed suicide on fans and punk music.

Critic Reviews for Teen Spirit: The Tribute to Kurt Cobain

There are no critic reviews yet for Teen Spirit: The Tribute to Kurt Cobain. Keep checking Rotten Tomatoes for updates!

There are no featured reviews for Teen Spirit: The Tribute to Kurt Cobain at this time.