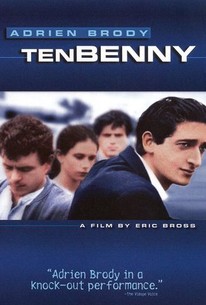 This urban drama set in a working-class New Jersey suburb, chronicles the complex relationship between three young men, Ray, Mike and Butchie who have been lifelong friends. One day in the past, when they were children, the boys witnessed the public arrest of Ray's father for illicit gambling. Ray was traumatized and swore that he would never let such a thing happen to him. Now he is a hard-working shoe salesman who dreams of being a prominent businessman. He is planning to marry his childhood love, Joanne. Mike is a college student who works part-time in his father's bar. Butch is the troubled one. He works as a delivery boy and has little ambition. Despite Ray's dreams, he is irresponsible and to get more money borrows a large sum from the local mob loan shark, Donny. Unfortunately, he loses it in Atlantic City casinos. Meanwhile, after Mikes father suffers a heart attack, Mike and Joanne have sex. When Donny's thugs catch up with the three, they cruelly torture the youths until someone interrupts them.

Jerry Moore
as Tony
View All

Bross and co-writer Tom Cudworth can be commended for managing to give everyone a hard-knock yet morally satisfying ending.

The title refers to the shoe size of Paul Newman.

Some bad scenes, even worse music, and really a story that isn't so much driven by any emotion than it is whiny stupidity. The film felt like a playground's version of Goodfellas, in a way where it is lacking and minimally motivated. Considering the type of films Eric Bross does, this'll (sadly) probably be his best... but hey at least he scored Brody. Not even he could save this film..