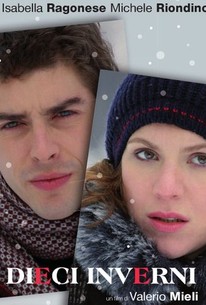 Two young people become best friends but secretly have deeper feelings for one another in this romantic drama from Italy. In 1999, Silvestro (Michele Riondino) and Camilla (Isabella Ragonese) are two eighteen year olds who meet on a ferry. After striking up a conversation, they discover they're both about to enroll in the same college as freshmen. Silvestro flirts with Camilla, who is quiet but clearly interested in him, and they end up spending the night together. The next morning, however, Silvestro isn't sure what to do next, and his relationship with Camilla becomes a matter of friendship rather than love. Over the next ten years, Silvestro and Camilla are trusted companions who can confide in one another about their troubles, but in his heart Silvestro truly loves Camilla and wants more than their current situation can give him. But how can he correct the mistake he made years before? Deici Invern was the first feature film from writer and director Valerio Mieli. ~ Mark Deming, Rovi

There are no critic reviews yet for Ten Winters (Dieci Inverni). Keep checking Rotten Tomatoes for updates!

There are no featured reviews for Ten Winters (Dieci Inverni) at this time.