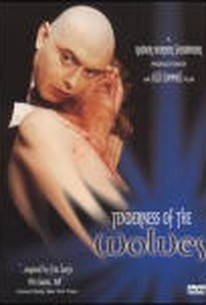 This dark horror film from director Ulli Lommel was based on the real-life crimes of Fritz Haarman (Kurt Raab), the so-called "Vampire of Dusseldorf" who murdered over 25 young boys, drank their blood, and sold their flesh as black-market meat. Several German films had depicted Haarman's murderous exploits, most notably Fritz Lang's classic M (1931), but Lommel's version is far more graphic and horrifying. Produced by filmmaker Rainer Werner Fassbinder, who also appears, the film revels in pseudo-Expressionistic imagery which sears itself into the viewer's mind. Raab's performance is reminiscent of both Peter Lorre in M and Max Schreck in the vampire classic Nosferatu (1922), but is unforgettable in its own right. A deeply disturbing cinematic poem about the face of true evil, this overlooked classic has developed a cult following, but is not recommended for sensitive viewers. ~ Robert Firsching, Rovi

A nasty little melodrama, lurid and creepy and sometimes bordering on demented humor. It's the kind of movie we may not exactly enjoy, but we don't walk out on.

It is beautifully and enthusiastically performed and it doesn't contain a single superfluous or redundant camera movement.

Though audiences are perhaps desensitized to the subject matter at hand, Tenderness of the Wolves remains a chilling and gruesomely effective film thanks to Raab's superb performance matched by the title's textured, gritty ambience.

A flawed yet largely effective melodrama.

Part of what distances us from indulging the story's approach is our inability to see him as the madman painted by history books. His crimes are so simplified, even reduced.

A black comedy of manners, but the crimes are so ghastly that they drown out the comedy.

Lommel's film remains as disturbing a look at a serial killer as you're likely to see.

There are no featured audience reviews yet. Click the link below to see what others say about Die Zärtlichkeit der Wölfe (The Tenderness of Wolves)!