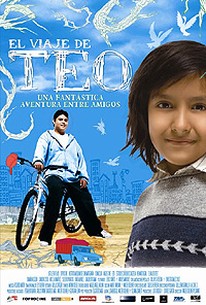 A child's reunion with his ne'er do well father is cut short in the midst of a dangerous journey in this drama from Mexico. Teo (Erick Caneta Guerrero) is a boy who was born and raised in Oaxaca, Mexico. Teo's father Wenceslao (Damian Alacazar) has been little more than a stranger to him; often on the wrong side of the law, Wenceslao has spent most of Teo's life in jail, and the boy has been raised primarily by his uncle. When Wenceslao is finally released from behind bars, it doesn't take him long to run afoul of the law again, and he decides to flee to the United States. However, he decides to take Teo with him, which alarms the youngster more than anything else. Chuy (Andres Marquez) is a "coyote" who helps Mexicans slip across the border into the United States for a price, and as he's guiding Wenceslao and Teo to their new home, they're attacked by a gang of thieves with a grudge against Wenceslao. With Teo once again alone after his father is abducted, Chuy helps him find the bandits as they make their way to America. El Viaje de Teo (aka Teo's Journey) was an official selection at the 2008 Guadalajara Film Festival.

There are no critic reviews yet for Teo's Voyage (Viaje de Teo, El). Keep checking Rotten Tomatoes for updates!

There are no featured reviews for Teo's Voyage (Viaje de Teo, El) at this time.