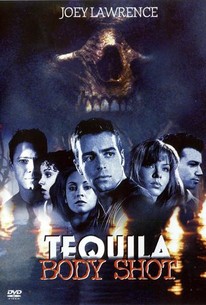 Pop star Joey Lawrence stars in this blend of comedy and horror about a group of college kids who get a lot more than they counted on when they head to Mexico for a good time. Film student Johnny Orpheus (Lawrence) and his buddies Paul (Nathan Anderson) and Al (Josh Marchette) decide to head down to Mexico's Rosaferno Beach for a major league party, held to commemorate the national celebration of the Day of the Dead. A Mexican medicine man persuades Johnny to try a potion that will allow him to read women's minds, doubtless a great advantage in winning the girl of your dreams. Johnny tries it, only to discover it also makes him see Hector (Rene L. Moreno), a horrific demon who has risen from hell to reclaim the hand of his former lover, Carlotta. Will Johnny be able to vanquish evil and snag a date with one of the hot babes he's met?

There are no featured audience reviews yet. Click the link below to see what others say about Tequila Body Shots!