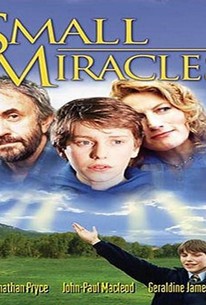 Director Martin Duffy adapts author Rhidian Brook's popular children's book concerning British bard and Celtic shaman Taliesin in this family oriented religious drama starring Jonathan Pryce and John-Paul Macleoud, and featuring the final screen appearance of acclaimed actor Ian Bannen. Dejected when his parents announce their plans to dissolve the marriage, bookish twelve year old Taliesin (Macleod) turns to faith healing as a means of coping with his deep-rooted malaise. In the aftermath of the divorce, Taliesin moves in with his father (Pryce) and older brother (Matthew Rhys) and finds himself drawn to first an atlas and later an illustrated Bible. Later taking piano lessons from a man named Billy (Bannen) who moonlights as a faith healer, the impressionable young boy witnesses one of his instructor's hands-on sessions and begins asking profound questions about faith when prayer cures him of an inexplicable wart affliction.

There are no critic reviews yet for Testimony of Taliesin Jones. Keep checking Rotten Tomatoes for updates!

There are no featured audience reviews yet. Click the link below to see what others say about Testimony of Taliesin Jones!