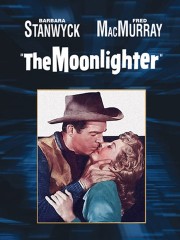 Paul D
½ August 3, 2016
Barbara Stanwyck gets top billing, but the film is pretty much about Fred McMurray who's in most scenes, whilst she only occupies a fraction of his screen time. He does a fair job in a lacklustre western.

Timothy J
January 15, 2016
A drama more than a Western. Not a lot of action until the last ten minutes. Starring of the great actresses, Barbara Stanwyc and the underrated Fred MacMiurray. The casting cast save this mediocre Western.

Super Reviewer
jay n
September 4, 2013
A great leading lady in a mediocre western that she's too good for.

Allan C
½ January 5, 2013
Pretty standard western about rustler Fred MacMurray and his ex-girlfriend Barbara Stanwyck. Originally shown in 3D, so maybe I would have liked it better if I'd seen it in that format instead of 2D on TV.

Gregory W
May 14, 2012
another great re-teaming of stanwyck and macmurray

Edith N
December 6, 2011
Clearly Written by Aliens With No Understanding of Human Emotion

The fun thing about trends in film is watching what people will do in order to try to cash in. On the one hand, this was obviously intended to bring up fond memories of [i]Double Indemnity[/i], nearly ten years earlier, where Barbara Stanwyck and Fred MacMurray traded sultry dialogue, skirting the borders of the Code. On the other hand, this movie was released, at least in a few places, in 3D. This is the perverse thing, to me at least, about the original 3D trend. The weirdest movies got 3D releases. Currently, most of the things released in 3D are special effects spectaculars. Not always, but [i]Cave of Forgotten Dreams[/i] is in the Herzog category, which is entirely separate from everything else. By and large, 3D is intended to be the obvious extension of CGI. But in the '50s, I think the feeling was even stronger than it is now that eventually, all movies would be in 3D, so why not throw in a Western and a Hitchcock?

Wes Anderson (MacMurray) is sitting in a jail cell for "moonlighting," or stealing cattle by the light of the Moon. He's going to be lynched and everyone knows it. But somehow, in the craziness of the moment, another man is lynched in his place and he escapes. The lovely Rela (Stanwyck) comes to town to bury what she thinks is Wes Anderson, only to be told that his "brother" set up a funeral, got everyone in town there, and robbed them all before making his escape. She knows that this means that Wes is alive and goes home to tell his brother, Tom (William Ching), so. She was in love with Wes, and she is now determined to marry Tom. But Wes comes back to see his family, and he assumes that Rela is still in love with him and will still be willing to marry him. And quite possibly she is, but she can't bear what he's doing with his life and is terrified that he'll drag Tom down with him, and possibly her.

Maybe it's just women that the movie doesn't understand. Either way, Rela's emotions go flip-flopping all over the place. It's rather in Barbara Stanwyck's nature that, when the script called for her to be in love with Tom, she played In Love With Tom. And then the script decided quite suddenly that she was in love with Wes instead, so she played In Love With Wes. But whether it was the script or director Roy Rowland, Rela never shows any uncertainty about anything. A vast improvement would have been to show her as tortured, but one gets the feeling that she somehow isn't human, because she never quite shows any doubt. Tom is worried that she's going to run off with Wes, but I never believed she would until suddenly she was passionately in love with him. Admittedly Tom isn't an issue by then, but that doesn't really seem much of a problem to anyone, either. Suddenly, it happens, and while it in theory gives the story a little more emotional dimension, in practice, nothing really changes.

A thing I suspect we aren't supposed to wonder about but which is a lot more worrisome to a modern audience is the legal implications of the lynching. If Wes had confirmed that he was alive, might he have gotten that entire town, essentially, convicted of murder? Indeed, that might yet happen, given the ending. (Yeah, okay, spoilers, but this is under the Code, and Crime Must Not Pay.) I mean, yes, they were guilty of murder regardless, because lynching is a usurpation of the justice system, but Wes was actually guilty of the crime he was hanged for committing, so I don't know if convictions would be forthcoming from that. But an innocent man? (Frankly, I was mildly surprised that it wasn't the black man who was hanged by mistake, but I guess it would be hard to mistake Joel Fluellen for Fred MacMurray.) Yes, he was in the jail, but he was a mere hobo, not worth lynching by anyone's standards except a little bit during the Great Depression, which is not when this was filmed or set.

This is one of the movies which has come out under the current Warners policy of releasing the Warner Archive Collection. The DVD has no special features. The chapter selections send you forward ten minutes; I didn't check, but it wouldn't surprise me if you pop in mid-sentence as often as not. The fact is, despite the 3D and the stars, this is not a movie that most people would have any interest in seeing. Even I don't want to see it again. And let's face it, neither Stanwyck nor MacMurray are as big as they once were, and MacMurray is really biggest for the Disney films. I have been having a bit of a discussion with a film school student whose goal seems to me to be to throw out all the classics as mere "old movies." (She doesn't like [i]Citizen Kane[/i], and the oldest of her favourite movies is [i]Forrest Gump[/i].) Even a lot of the people I know who watch older movies don't necessarily know who Barbara Stanwyck is, and the only non-Disney movie they've seen Fred MacMurray in is [i]Double Indemnity[/i], if that. But I don't recommend expanding your horizons with this.
Page 1 of 1