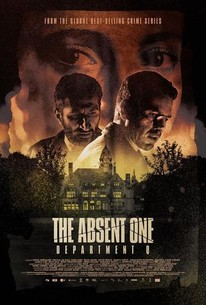 The Absent One (Fasandraeberne) Photos

In 1994 two young twins are found brutally murdered in a summer cottage. A number of clues point in the direction of a group of young upper class students from a nearby boarding school, but the case is closed as a local outsider pleads guilty and is convicted for the murders. When the case ends up on Carl Mørck's desk 20 years later, he soon realises that something is terribly wrong. As Carl and Assad start investigating the case, they are led on to an old emergency call from a desperate girl, Kimmie, who seems to know the secrets of the murders. But Carl and Assad will have to contend with a group of influential men at the top of society who will do all they can to keep Kimmie silent.

Michael Gade Thomsen
as Guest at a reception

Morten Hemmingsen
as Operatør
View All

Critic Reviews for The Absent One (Fasandraeberne)

Mikkel Norgaard, the director, propels the story by smartly sticking to the formula he used in the previous film: hints of menace, gorgeously shadowed shots and long flashbacks.

Although each of the first three films tells a full, discrete story, they work best cumulatively, as the ongoing adventures of one cranky, conscientious cop.

An awful number of cliches are being ticked off here (the Fincher-esque lighting, the dogged and socially inept cop), but it's a diverting potboiler for crime drama completists.

Tense right to the end.

Lie Laas' furrowed lead and Nørgaard's taut orchestration of flashback-pumped plotting help flesh out old clichés - at least until the climax takes a glum turn for the overwrought.

[A] grim treat, mining suspense and urgency from intensely plotted dual timelines of brutal criminality. A must for fans of rumpled, cynical, bitter detectives.

This compelling sequel makes for a nail biting murder mystery that skilfully presents a relatively clichéd story that we have all seen countless times before in a unique manner.

Moves along smartly enough, and manages the Nordic Noir trick of appearing very classy at all times while unspooling an incredibly lurid plot featuring lashings of schoolgirl sex and sadistic violence.

Finding a certain majesty in the murk, The Absent One is unashamedly derivative but remains a class act regardless.

The Absent One is a consistently engaging thriller which manages to build momentum to a violent and intense conclusion.

Audience Reviews for The Absent One (Fasandraeberne)

Although "The Keeper of Lost Causes" was more than less disappointing, I decided to give this a chance for want of "Mystery/Suspense" flicks. While the performances are outstanding (with Nikolaj Kaas topping the list), the mystery/suspense element is absent here. The absence of plot twists was a major letdown. I'd rather describe it as an action thriller (that's not edgy enough, but better than its prequel).

The Absent One (Fasandraeberne) Quotes