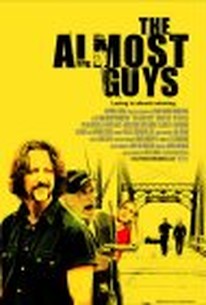 The perfect kidnapping scheme take a hilarious turn for the worse when a hapless repo man and his septuagenarian partner find a major league baseball player tied up in the trunk of their most recent acquisition in first-time feature filmmaker Eric Fleming's high-speed comedy of errors. Rick (Fleming) and the Colonel (Robert Culp) never intended to become kidnappers, but upon repossessing the car of two mob heavies and discovering prized pitcher James Maxwell (James Edson) in the trunk, it seems that they have earned the title whether they like it or not. Upon learning that Maxwell had racked up some serious gambling debts that didn't stand well in the eyes of the Mafia, Rick and the Colonel soon become convinced that now they too have incurred the wrath of the feared organized crime ring. With the World Series just days away and Maxwell poised to pitch in the all-important upcoming game, Rick and the Colonel, and Rick's young son, Buddy, make a deal with Maxwell to ransom the team and split the money so that everyone will get a cut and Maxwell will make it to the pitcher's mount before a replacement is named.

Robert Culp
as The Colonel

Taejoon Lea
as The Monk

Lin Shaye
as The Boss

Peter Allas
as The Massimos

Critic Reviews for The Almost Guys

The film staggers under the weight of stale gags and a meandering plot.

The Almost Guys reveals itself as a mawkish men-on-the-road comedy, a stultifying cross-country odyssey of bonding, bickering and group peeing.

The word for The Almost Guys is 'rollicking.'

There are no featured reviews for The Almost Guys at this time.