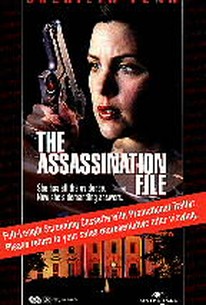 In this political thriller, Sherilyn Fenn plays Lauren Jacobs, a FBI agent assigned to protect an African-American political candidate. When he is killed by assassins, she resigns her post in despair, but later one of her former partners passes along some shocking information -- the death of the candidate was actually planned and executed by FBI agents. Desperate to learn the truth, Lauren discovers the deeper she digs into the story, the greater the danger she faces. The supporting cast includes Paul Winfield, Diedrich Bader, and Victor Love. Also shown under the title Out of the Cold.

Clifford Happy
as Assassin No. 1

Tierre Turner
as Assassin No. 2

Marty Schiff
as Sid
View All

Critic Reviews for The Assassination File

There are no critic reviews yet for The Assassination File. Keep checking Rotten Tomatoes for updates!

There are no featured reviews for The Assassination File at this time.