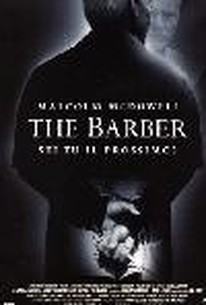 When the perfect murder is foiled by an unexpected twist and darkness descends on a small Alaskan town, a madman's hunger for blood grows in this thriller from director Michael Bafaro. As a blanket of darkness settles over Revelstoke, AK, for a period of 24 hours, local barber Dexter Miles and the rest of the citizens realize that winter's chill is soon to follow. No one would suspect a man like Dexter Miles to be a cold-blooded killer, but when Dexter overhears the sheriff mention that the body of Lucy Waters has been discovered, he quickly realizes that his dark secret is about to break wide open. Having only murdered Lucy a few days prior, Dexter had hoped that authorities wouldn't discover her body until the spring thaw. Now, as the big-city detectives cloaked in the darkness of the Alaskan winter arrive to investigate the murder, Dexter once again feels the thrill of the kill -- and he's starting to like it.

John B. Destry
as Cecil Waters

Ralph Alderman
as Farley
View All

Critic Reviews for The Barber

Audience Reviews for The Barber

Pretty good little horror/suspense film that is mostly interesting because of McDowell's performance and the location. Not a bad watch at all.