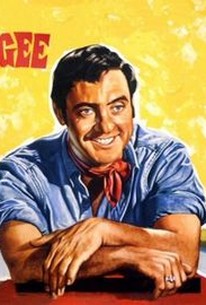 This British comedy comes from Ray Galton and Alan Simpson, writers of the hit television program Steptoe and Son. Harry H. Corbett (who played Steptoe, Jr. on the tube) is Hemel, a canal-cruising bargee who is dead-set against marriage. He goes about his freewheeling ways until he finds out that he has impregnated one of his playthings (Julia Foster). Unfortunately for him, the young woman's father (Hugh Griffith) is the lock-keeper and he is not about to get out of this predicament without a vow or two. ~ Kristie Hassen, Rovi

Eric Sykes
as The Mariner

George A. Cooper
as Office Official

Grazina Frame
as Girl in Office

Godfrey Winn
as Announcer
View All

Critic Reviews for The Bargee

There are no critic reviews yet for The Bargee. Keep checking Rotten Tomatoes for updates!

There are no featured reviews for The Bargee at this time.