The Bay of Love and Sorrows2002 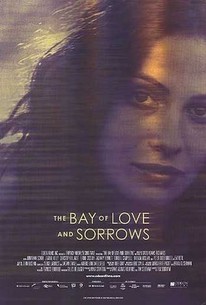 The Bay of Love and Sorrows Photos

Canadian director Tim Southam directs this story of a young, rich idealist who tries to establish a commune in his hometown with tragic results. Michael Skid (Jonathan Scarfe) returns to his boyhood home in 1973 after a life-changing tour of the Indian subcontinent. Setting up his residence in an old rented farmstead, Michael begins to recruit people into forming a commune -- which is met with equal amounts of acceptance and hostility. Joining him on the farm are Michael's summer love interest, Madonna Brassaurd (Joanne Kelly), and her brother, Silver (Christopher Jacot), both of whom are attracted to the rich young man's charming personality as well as his access to a wealthy lifestyle that was previously inaccessible to them because of their impoverished upbringing. After some embarrassing experiences with some other members of the community, Michael takes in ex-convict Everette Hatch (Peter Outerbridge), who secretly plots to take advantage of Michael in order to get even with Michael's father, a judge who presided over Hatch's last trial. As Hatch sets his plan into action, Michael, Madonna, and Silver unwittingly aid the criminal well past the point of no return, with grave consequences resulting for the entire town.

Critic Reviews for The Bay of Love and Sorrows

There are no critic reviews yet for The Bay of Love and Sorrows. Keep checking Rotten Tomatoes for updates!

There are no featured reviews for The Bay of Love and Sorrows at this time.

The Bay of Love and Sorrows Quotes