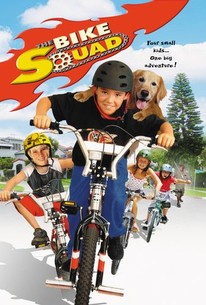 A young boy forced to spend his summer in an unfamiliar town seeks solace in the company of his loyal dog Jupiter until a pair of bungling dog-nappers spirit the pooch away in director Richard Gabai kid-friendly tale of adventure and friendship. There's nothing that Ryan wants more than to spend the summer with his dad. Upon learning that his father has accepted a summer teaching position in a town where Ryan has no friends, however, the boy's sun-soaked plans quickly take a turn for the worse. Now left only his canine companion, Jupiter, to pass away the days as his dad teaches class, Ryan is heartbroken when Jupiter goes missing without a trace. Just as all hope of ever finding Jupiter begins to fade, Ryan befriends a sympathetic trio of youngsters who are ready and willing to reunite the summer visitor with his mysteriously vanished dog. Though their skilled detective work soon leads them to an unscrupulous research scientist who has enlisted the aid of what appears to be the least competent dog-nappers ever, a notable lack of evidence leaves the children's parents doubting the outlandish tale and forces the kids the kids to cook up a plan of their own to get Jupiter back home safely.

David Randal
as Deputy
View All

Critic Reviews for The Bike Squad

There are no critic reviews yet for The Bike Squad. Keep checking Rotten Tomatoes for updates!

There are no featured reviews for The Bike Squad at this time.