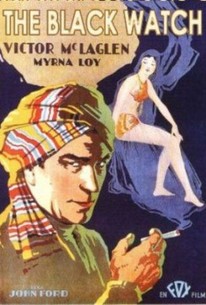 In this early talkie from director John Ford, a Scottish captain and his regiment are sent to India during WW I and assigned to quell a native uprising in the Northern mountains. Unfortunately, soon after arriving, he gets drunk and seemingly kills another officer during a barroom fight. He escapes capture and disappears into the crowd. Now wanted as a renegade, he involves himself with a beautiful but sadistic native princess, a direct descendant of Alexander the Great. He cozies up to her and learns that she is planning to send her troops to attack the British through Khyber pass. Though she correctly suspects that the fugitive soldier is really a spy, she cannot help but fall in love with him, thereby sparing him the usual torture and castration she forces upon other captured British soldiers. Unfortunately her love causes her downfall in the exciting conclusion.

Lumsden Hare
as Colonel of the Black Watch

Claude King
as General in India

Critic Reviews for The Black Watch

There are no critic reviews yet for The Black Watch. Keep checking Rotten Tomatoes for updates!

There are no featured reviews for The Black Watch at this time.