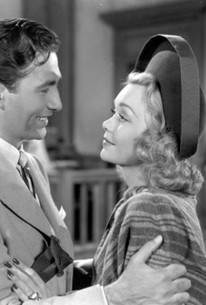 Possibly inspired by Universal's The Invisible Woman, Warner Bros.' The Body Disappears is an agreeably daffy comedy with science-fiction undertones. Passing out from overindulgence during his engagement party, young millionaire Peter De Haven is placed on a slab in a college dissecting room by his prankish friends. Before Peter can awaken, he is inadvertently kidnapped by eccentric Professor Shotsbury (Edward Everett Horton), who needs a "dead body" upon which to test his new life-restoring serum. Shotsbury's miracle drug succeeds only in making Peter invisible, leading to all manner of looney complications. Before the film's 72 minutes are over, Peter has discovered that his "loving" fiancee Christine Lunceford (Margerite Chapman) is merely a gold-digger, Prof. Shotsbury has been locked up in the nuthouse, and Shotsbury's perky daughter Joan (Jane Wyman) has become invisible himself, implictly cavorting about naked with no one any the wiser. Still fresh and funny after nearly six decades, The Body Disappears is sometimes shown on TV minus the "scared-rabbit" comedy routines of black actor Willie Best.

Sidney Bracey
as Barrett, the Butler

Charles Drake
as Arthur
View All

Critic Reviews for The Body Disappears

There are no featured reviews for The Body Disappears at this time.