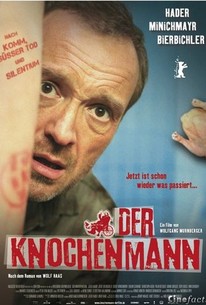 A run of the mill crime leads a detective into a bizarre criminal underworld in this dark comedy from director Wolfgang Murnberger. Brenner (Josef Hader) is a private detective who is down on his luck when he takes on a seemingly trivial assignment from his friend Berti (Simon Schwarz) -- Berti leased a car to a man named Horvath, but both Horvath and the vehicle have gone missing before he could make the final payment. Brenner grudgingly agrees to help find Horvath, and tracks him to a family restaurant specializing in chicken, where thousands of birds are served each week and the bones are ground into fertilizer. Loeschenkohl (Josef Bierbichler), who runs the place, is grumpy and uncooperative, as is Alex (Pia Hierzegger), who looks after the bar, but they both agree that no one has seen Horvath or his car for several weeks. But before Brenner can move on, he's cornered by Porsche Pauli (Christoph Luser), Loeschenkohl's son. It seems Loeschenkohl has developed a habit of dipping into the restaurant's till each week, and Pauli is willing to pay Brenner to find out what his dad's doing with the money. Before long, Brenner's secondary investigation leads him into a chaotic netherworld of hookers, pimps and gangsters, none of which takes Brenner's mind off his growing attraction to Pauli's wife Birgit (Birgit Minichmayr). Der Knochenmann (aka The Bone Man) was an official selection at the 2009 Berlin International Film Festival.

There are no critic reviews yet for Der Knochenmann (The Bone Man). Keep checking Rotten Tomatoes for updates!

There are no featured audience reviews yet. Click the link below to see what others say about Der Knochenmann (The Bone Man)!