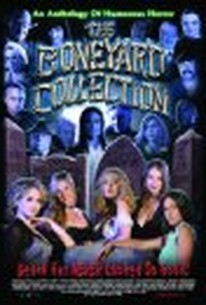 A twisted comedy in horror/noir trappings, The Boneyard Collection is a quirky anthology comprised of four short films hosted by Dr. Acula (Forrest J. Ackerman). Things get off to a gruesome start with "Boogie with the Undead," a sinister yarn about an all-girl rock band that's been booked to play in a town overrun by gut-munching zombies. A coven of irresistible witches summon the Devil (Brad Dourif) in order to fend off a particularly inept witch slayer (Ken Foree) in the second segment, and the third segment, entitled "Her Morbid Desires" follows the plight of an actress who lands a role in a vampire movie, only to realize that her co-stars are being slain on set. Things draw to a close when the last Pharaoh of the 4th Dynasty is awakens in mummified form, and becomes incensed to realize that he can't even get a job in horror movies. When his new lawyer offers to take on the role of agent as well, the mummy reveals that what he really wants is to direct.

Critic Reviews for The Boneyard Collection

There are no critic reviews yet for The Boneyard Collection. Keep checking Rotten Tomatoes for updates!

There are no featured reviews for The Boneyard Collection at this time.