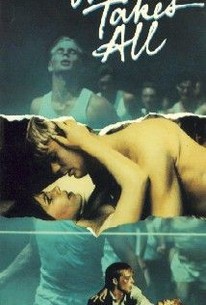 Jason Connery (son of Sean Connery) stars as Johnny Kirkland in this slightly uneven teen drama about facing down obstacles at college and at home. When Johnny goes off to the university, he is leaving behind an aloof and alcoholic mother (Diane Cilento, Jason Connery's real-life mother) whose recent divorce has further destabilized her emotionally. At school, his frat brothers latch on to the fact that Johnny excelled in his high school at both grades and sports and rather than hope his success will continue, they do everything they can to "bring him down to size." Apparently, their own size is quite small, indeed, barely visible to the naked eye if their loutish behavior is any yardstick. Compounding these problems are Johnny's troubles with his girlfriend Robin (Laura Williams) -- can life get any worse? Most likely not, but how it gets better is the focus in the rest of the film. ~ Eleanor Mannikka, Rovi

Critic Reviews for The Boy Who Had Everything

There are no critic reviews yet for The Boy Who Had Everything. Keep checking Rotten Tomatoes for updates!

There are no featured reviews for The Boy Who Had Everything at this time.

The Boy Who Had Everything Quotes