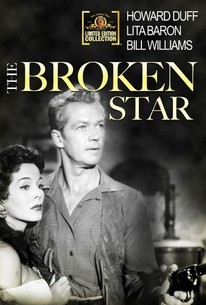 Director Lesley Selander, a western specialist with humble ambitions whose work has fostered a minor cult, was the man behind the megaphone in Broken Star. Bill Williams stars as a deputy sheriff who encounters stiff resistance when he investigates the murder of a Mexican. Only dance hall girl Lita Baron and marshal Addison Richards seem interested in bringing the culprit to justice. When Williams locates the guilty man, he wishes he hadn't; it turns out to be his best friend and fellow deputy Howard Duff. Striking a blow for tolerance (in standard western terms, of course), Broken Star is a solid medium-budget job from a modest but talented craftsman.

Joe Dominguez
as Nachez
View All

Critic Reviews for The Broken Star

There are no featured reviews for The Broken Star at this time.