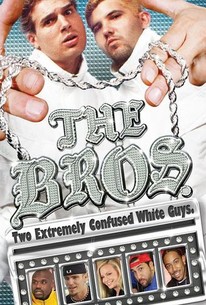 Two white-bred wannabe gangsta rappers set out on an all-night crime spree designed to establish their street credit and provide the funding needed to pay for a studio recording session in a hip-hop flavored crime comedy featuring Joel Fatone, Shaquille O'Neal, and Ludacris. Pete (Joachim Wiese) and Lanny (John Tindall) dream of the day when their skills be enough to pay the bills, but in the meantime they're having enough trouble just earning enough cash to cover the cost of their demo. Raised in a picket-fence paradise that's about as far away from the ghetto as one could ever imagine, this misguided pair of aspiring rappers determine to make a name for themselves by setting out on a manic night of low-level criminal conduct. When a bizarre twist of fate finds Pete and Lanny's incompetent criminal enterprise mistaken for benevolent heroism by the community, the pair quickly seize the opportunity to turn their fifteen minutes of fame into a successful hip-hop career.

Chris "Ludacris" Bridges
as Himself

Vanilla Ice
as Himself

Cindy Margolis
as Herself

Scott 'Carrot Top' Thompson
as Himself

Critic Reviews for The Bros.

There are no critic reviews yet for The Bros.. Keep checking Rotten Tomatoes for updates!

Audience Reviews for The Bros.

There are no featured audience reviews yet. Click the link below to see what others say about The Bros.!