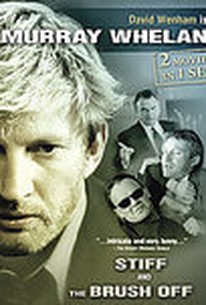 Drunk at home and frustrated after a late night tryst with arts magazine editor Salina Fleet went abruptly awry, State Government Labor Minister policy advisor Murray Whelan (David Wenham)'s thoughts slowly drift back to the cabinet reshuffle that ultimately brought about the death of Fleet's former lover Marcus. His boss Angelo Agnelli (Mich Malloy) had just been demoted from the Ethnic Affairs portfolio to Arts and Weber, and was attempting to make an impression on his superiors by raising funds for the upcoming Labor election campaign "war chest." Later, when Murray began schmoozing with the prominent philanthropists and arts connoisseurs, the situation started to take a turn for the worse. Slipping into the bathroom to sneak a cigarette, Murray hears a shady conversation in which someone proposes investing Party finds in certain financial institutions with exceptional interest rates. Later that evening, at the art gallery meetings, the plot begins to thicken. After seeing Salina and Marcus engaged in a passionate argument in the courtyard, drunken artist Marcus stumbles back inside and belts out a slurred speech abut the importance of the arts. The following morning, Marcus' body is discovered floating in an ornamental moat, a development that leads the quick thinking sleuth to suspect foul play. ~ Jason Buchanan, Rovi

Critic Reviews for The Brush Off

There are no critic reviews yet for The Brush Off. Keep checking Rotten Tomatoes for updates!

There are no featured reviews for The Brush Off at this time.

The Brush Off Quotes