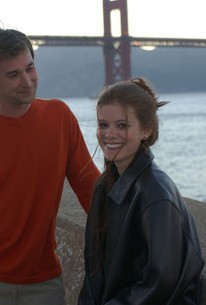 A battle between real estate moguls and environmental activists takes an unexpected turn into affairs of the heart in this satiric update of Henry James' The Bostonians. Gavin Ransom (Noah Wyle) is a successful real estate developer who has made a tidy fortune putting up gated communities filled with expensive suburban homes all over California. Ransom intends to put up another such development in the as-yet-untouched hillsides of Northern California's Marin County, and, just as he's expected, a number of folks living nearby are objecting to the project, including his sister Olive (Illeana Douglas), an environmental activist who has sided with longtime resident Eileen Boatwright (Cloris Leachman) and progressive lawyer Sybil (Jane Lynch) against the development. Olive and her compatriots get some unexpected support when Zoe Tripp (Kate Mara), a modern folk singer and the daughter of old-school Marin County hippies (Keith Carradine and Valerie Perrine), takes an interest in their protests and begins singing out against Gavin's proposal with guitar in hand. Gavin unexpectedly finds himself growing powerfully infatuated with Zoe, and Olive, a long-closeted lesbian, is equally taken with her; consequently, as the siblings battle against building several dozen cookie-cutter mansions, they also wage a private war for the affections of the young songstress. The Californians was directed by Jonathan Parker, who when not busy with film projects is himself a California real estate developer.

Will Marchetti
as Mayor

Critic Reviews for The Californians

So leaden and obvious it's too somnambulant to be funny.

Largely due to a loose, inconsistent script by Parker and Catherine di Napoli, it plays like a formulaic TV movie.

The film's edge gets softer as it goes - - in ways that might baffle all but the granola-scarfing well-heeled hippies it seemed to be parodying.

A very funny film ... skewers the sacred cow of environmentalism, a religion worshiped in LaLa Land.

Audience Reviews for The Californians

There are no featured audience reviews yet. Click the link below to see what others say about The Californians!