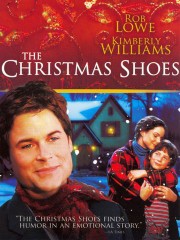 Jacob B
March 5, 2019
Not much to say about this one. Cheesy yet poignant and occasionally funny even if Rob Lowe's performance isn't great. And...that's it, I guess.

Tim W
February 7, 2019
Very cheesy and cliche. So bad. Not well acted, not funny, not touching. A manipulative holiday movie.

Troy K
February 21, 2016
Another horrible TV movie, but there is so much drama that any woman will cry her eyes out and love it.

December 9, 2015
it was a wonderful[ movie I would like to rent it but can't find out how

Heather A
February 22, 2014
its a great movie teaches you to be happy with what you have I forgot this and have been chasing happiness for a long time my happiness isn't in a perfect job or a perfect moment its always find it hold it and enjoy it

Natalie K
December 26, 2013
I think they did a pretty good job of bringing an old Christmas story to life.

jason a
December 17, 2013
This movie really gets to me and there are outstanding performances by everyone.

What's that you say? Its not a comedy?

Well, me and my girlfriend laughed our asses off as Kimberley Williams attemped to portray a dying woman with strategic coughs and wheezes. The producers litterally took the entire 90 minutes to kill her, and we were rooting for her congestive heart failure by act 2.

The only female in cinema that took longer to die was Nichole Kidman in the musical "Moulan Rouge" where I was rooting for her tuberculosis after an hour or so of watching her cough up blood.

Script writing Gems in "The Christmas Shoes" include the dying mother telling her son she's "Going to heaven soon" Whereupon the little tyke say "Can I go with you?"

YES!!!! Please go with her, NOW! The film would have been much more interesting had Mommy said "Sure baby, I'll send you up right now" and then proceeded to strangle the little urchin.

Sadly, everyone plays it straight, and we don't even get to see mommie's death rattle - just a light switching off as a band of murderous christmas carolers cease caterwauling outside.

The final nail in the coffin is the closing song, which promises mommy will soon be with Jesus. Really? With acting this bad, I suspect Mommy is headed someplace......warmer.

Christy m
March 4, 2013
i love this movie i cried threw the whole thing

Robert I
½ January 22, 2013
Over sentimental, ill constructed, but finely acted.

John B
½ December 29, 2012
Wonderful heart-warming Christmas story that helps us to realize whats important in life

Justin P
½ December 24, 2012
The saddest movie I have ever seen in my life. Despite some performances that needed work and bad script writing for a few scenes, the story was excellent and emotional powerful. Lowe and Williams gave great performances. I also love the song by Newsong, which is featured in the movie. This is a great Christmas movie that really shows how the littlest things in life are the most important.

Alex P
½ December 12, 2012
this is a really good movie.
really sad movie
nd this movie is based on the smashed hit christmas shoes.

December 2, 2012
Ever since I seen Christmas Shoes for the first time it's become one of my favourite Christmas movies of all time. I highly recommend you seeing it if you have never seen it before. A little known fact: The movie Christmas Shoes was filmed in different places of Nova Scotia, Canada. It stars Rob Lowe and Kimberly WIlliams-Paisley who is married to country singer Brad Paisley. This movie is one to watch with the family because it's a heart-warming Christmas story.