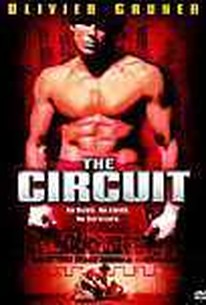 One man is forced to go back to the dangerous life he struggled to leave behind in this action-thriller. Dirk Longstreet (Oliver Gruner) is a man who learned to fight and fight well, and put that talent to use in the most punishing environment imaginable. Longstreet was lured into "the Circuit," a private (and illegal) fighting club where spectators will bet fortunes on no-holds-barred battles in which two men fight until they simply can't go on -- often until one of the fighters has died. Longstreet was one of the very few men who not only fought in the Circuit and lived to tell about it, but managed to move on and build a new life for himself. Longstreet joined the faculty of a college, where he enjoyed working with athletes, until he learned that his younger brother, Jeremy (Ilya Morelle), had been recruited to become the Circuit's newest fighter. Now Longstreet must step back into the ring in order to spare his brother the fate he was able to escape. ~ Mark Deming, Rovi

Critic Reviews for The Circuit

There are no critic reviews yet for The Circuit. Keep checking Rotten Tomatoes for updates!

Audience Reviews for The Circuit

There are no featured audience reviews yet. Click the link below to see what others say about The Circuit!