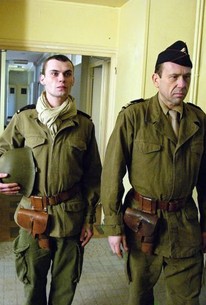 Acclaimed filmmaker Costa Gavras ponders the ghosts of the French-Algerian war in this shattering and morally labyrinthine adaptation of author Francis Zamponi's 1999 novel. When a retired Colonel Duplan (Olivier Gourmet) is slain in his home after verbally chastising French officials on a television talk show and authorities subsequently receive a package containing the diary of a young lieutenant Guy Rossi (Robinson Stevenin), who served under the colonel during the French-Algerian war, it soon becomes obvious that the slain man had fought the war by orchestrating a brutal campaign of torture and suppression. As the authorities pour over the horrors that the left-leaning Rossi accuses his hawkish, right-leaning superior of carrying-out, it soon becomes obvious that the pair had entered into a monumental battle of wills over the conservative colonel's questionable tactics. Now, as the identity of the killer begins to come into focus, the police are forced to come face to face with the disturbing truth about their country's unsettling past.

Critic Reviews for The Colonel

Instead of delivering a wallop to the gut, The Colonel is too rigidly conceived to be anything more than a polite reminder of man's inhumanity to man.

The Colonel ... is obviously sincere and concerned with compelling moral and political issues. This is not a trivial or unserious work.

Far too muted and reticent for a film about colonial occupation, mass carnage and secret military interrogation and torture, Mon Colonel is nevertheless a well meaning anti-war movie with integrity and conscience.

There are no featured reviews for The Colonel at this time.