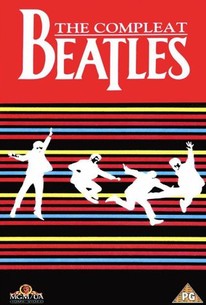 In a careful, step-by-step manner, this documentary traces the lives and careers of the Beatles from childhood to breakup. The post-Beatle lives of John, Paul, George and Ringo are gingerly touched upon in the film's closing sequences, with emphasis given the senseless 1980 murder of John Lennon. Through rare family photos, early home movies and TV kinescopes we are shown the matriculation of the Beatles from a bedraggled punk group to a well-tailored, mop-topped foursome under the aegis of Brian Epstein. We are also briefly introduced to might-have-been Beatles Stu Sutcliffe and Pete Best. George Martin, the producer who oversaw such late-1960s Beatles projects as Sgt. Pepper's Lonely Hearts Club Band, reveals several intriguing trade secrets and wonderful bits of backstage gossip. By incorporating shots of Beatles merchandising, imitation groups, and the ear-piercing reactions of the Fab Four's fans (as well as several shots of disillusioned young ladies during the team's waning years), the amazing impact of the foursome on the 1960s music industry is forcefully brought home. Malcolm McDowell narrates this priceless pop-culture montage. The Complete Beatles was originally produced for home video by MGM/United Artists, the company which in 1982 held the video rights for the Beatles flicks A Hard Day's Night and Help.

John Rousmaniere
as Narrator
View All

Critic Reviews for The Compleat Beatles

A tribute to the musical magic of the Beatles.

Audience Reviews for The Compleat Beatles

This is one of those bootleg bio's. There is a lame soundtrack of non-Beatles songs played over stock footage while a narrator tells you everything that you already knew.