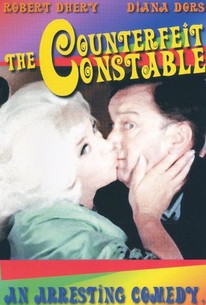 In this French comedy, one little white lie leads to a series of whoppers as a Frenchman visiting London soon discovers. The French fellow has gone to London with his friends to catch a soccer match. He then must go to the dentist where, just for fun, he puts on a British policeman's uniform. Dressed as a bobby, he scares away some robbers. Unfortunately, he cannot tell them the truth because he is embarrassed to open his mouth and reveal the two teeth he lost at the soccer match. A chase ensues.

Diana Dors
as Herself

Critic Reviews for The Counterfeit Constable

There are no critic reviews yet for The Counterfeit Constable. Keep checking Rotten Tomatoes for updates!

There are no featured reviews for The Counterfeit Constable at this time.