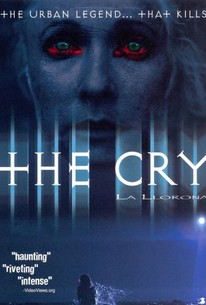 Venture capitalist-turned-independent filmmaker Bernadine Santistevan leaves behind the world of high-risk investments to craft this supernatural thriller based on the Latino legend of La Llorona - a Medea-like entity who was said to have drowned her children, and whose lingering grief was so powerful that it transcended death. A young mother (Adriana Dominguez) living in New York City has fallen under the deadly spell of La Llorona, and now as a pair of detectives race (Christian Camargo and Carlos Leon) to solve a recent rash of murders, the woman will be forced to realize her connection to the tragic legend in order to protect her child. Over the course of the past five centuries La Llorona has claimed countless lives, and now in order to break the deadly cycle of vengeance this possessed mother will need to seek the assistance of a powerful witch/curandera (Miriam Colón) who may hold the key to saving her child's life.

Miriam Colon
as Gloria the Curandera

Critic Reviews for The Cry

La Llorona is a great, powerful and meaningful myth, and you'd be hard-pressed to find better inspiration for a horror film. Sadly, this isn't the film that does the subject matter justice.

Audience Reviews for The Cry

The story was interesting, but the movie itself was kinda boring. I think they could've done more with it.