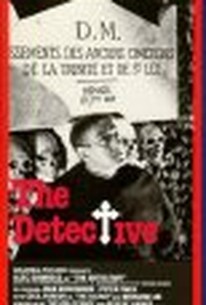 Alec Guinness stars as Father Brown, full-time priest and part-time sleuth, in this comic mystery based on the character created by novelist G.K. Chesterton. When Father Brown is entrusted with transporting a valuable religious artifact from London to Rome, he's understandably upset when it's stolen from him. Brown has reason to believe that a notorious international thief lifted the cross he was carrying, and the good Father finds himself on a dual-purpose mission: to recover the stolen goods and to compel the thief to repent before God. The supporting cast includes Peter Finch, Joan Greenwood, and Cecil Parker as the Bishop.

Cecil Parker
as The Bishop

Hugh Dempster
as Man in bowler

Daniel Clerice
as Garagiste
View All

Critic Reviews for The Detective

Audience Reviews for The Detective

There are no featured audience reviews yet. Click the link below to see what others say about The Detective!