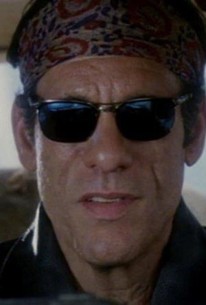 Before he was booted out of the military by Pentagon officials, maverick investigator Rowdy Welles (Robert Davi) was a legend in the service. When a Russian mafioso's black market endeavors make him too powerful, the CIA tricks the reluctant Rowdy into becoming an undercover agent. His assignment is to topple Lothar Krasna's (Alexander Godunov in his final screen performance) empire of crime before they can successfully complete their plan to build illegal atomic bombs. Rowdy's partner is double-agent Mike (Lara Harris), Krasna's lover. This action-packed drama follows Rowdy into the mysterious high-tech and always dangerous world of the Russian crime organization. As a result of his endeavors, Mike's true identity is uncovered and she is taken hostage and held in the mob's nuclear facility, making the situation even more desperate for the unwilling agent.

Barry Zetlin
as Lonnie
View All

Critic Reviews for The Dogfighters

Robert Davi as a lead ... just say that to yourself a few times.

There are no featured reviews for The Dogfighters at this time.