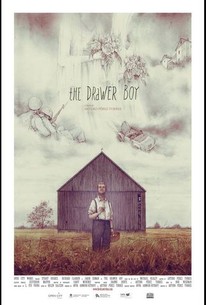 Ontario - 1972. Miles, a young theatre actor from Toronto, arrives in Huron County at the home of Angus and Morgan, two aging bachelor farmers. Miles stays with the two farmers in order to gather stories about rural life and make a play abut it. All three of their lives are irrevocably altered when art attempts to imitate life and the line between truth and fiction is crossed. Although the clash between rural shrewdness and urban naiveté initially makes this film a comedy, the story ultimately evolves into a compelling drama of loyal friendship, lost love and abiding devotion. In its thematic exploration of the differences between myth and reality, The Drawer Boy makes us aware of the small yet important difference between truth and fiction. And in doing so it exposes history not as a faithful documentation of the past but merely as a collective agreement of values. The Drawer Boy is based on the play by Michael Healey and is one of the most produced plays in Canada and the U.S.A.

Critic Reviews for The Drawer Boy

While it never entirely shakes off its staginess - particularly in a climax in the kitchen - The Drawer Boy has performances to savour, especially a heartbreaking one by Hughes.

The Drawer Boy is a really good production artistically and technically speaking... This is a definite nice take Healey's play.

The Drawer Boy will resonate most deeply with those who do, in fact, have an appreciation for stage productions.

The material remains strong, but even by the low budget standards of independent Canadian cinema, this staging of Healey's work is frustratingly inert and uninspired.

Excellently acted and directed, this adaptation of Michael Healey's 1999 stage play preserves the essence of the source material while adding many unique elements.

Ehman's wide-eyed naïveté feels authentic, while Hughes brings off his character's transformation without a trace of sentimentality.

The film manages to maintain a rhythmic and consistent rhythm in the unveiling of mysteries and the integration of its characters... [Full review in Spanish]

... The Drawer Boy is a dramatic exercise of precious/precise characters, a story within another story that makes us question anything that can be told in that story. [Full review in Spanish]

There are no featured reviews for The Drawer Boy at this time.