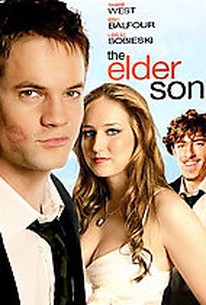 A Russian-Jewish immigrant (Rade Serbedzija) whose pride prevents him from admitting to being fired as a clarinetist for the Torrance Symphony finds his life taking an unexpectedly positive turn after a pair of fleeing car thieves choose his home as a place to hide out from the authorities. Later, as one of the thieves (Shane West) succeeds in convincing the elderly musician that he's the man's long lost son, the ruse grows complicated. Leelee Sobieski, Ed Begley, Jr., and Eric Balfour co-star.

Critic Reviews for The Elder Son

In a city best known for pretending you're somebody else, Elder Son's loser LA underbelly adds ethnic flavor to mix 'n match alternate identity as survival tool, but toys to less effect, with competing notions of families as born when not made.

Audience Reviews for The Elder Son