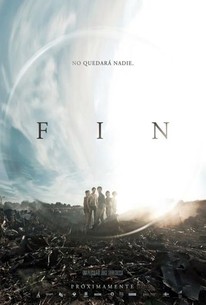 A small gathering on the Pyrenees turns into a terrifying ordeal as a group of old friends convene for a long-overdue reunion, and the entire world begins disappearing all around them in director Jorge Torregrossa's meditative apocalyptic thriller. As the group enjoys a hearty dinner and reflects on old times by the light of the campfire, the topic turns to their old friend, nicknamed The Prophet, and the air grows thick with tension. Later, when the power goes out and the cars won't start, he friends begin to fear that The Prophet may be taking his revenge for a youthful joke that yielded devastating repercussions. When the dawn comes and the one of the group vanishes without a trace, however, the mood among the group turns decidedly grim. With their cell phones dead and contact the outside world completely cut off, they set out to seek help and make a series of disturbing discoveries that seem to indicate the world, as they once knew it, has ended.

Critic Reviews for The End

There are no critic reviews yet for The End. Keep checking Rotten Tomatoes for updates!

There are no featured reviews for The End at this time.