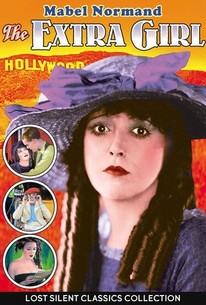 Mabel Normand's last feature-length film is also one of her most entertaining. Sue Graham (Normand) lives in the tiny hamlet of River Bend. When her parents (George Nichols and Anna Hernandez) refuse to let her marry her sweetheart, Dave Giddings (Ralph Graves), she enters a movie contest and wins. But Sue finds stardom in Hollywood very elusive and winds up working in the wardrobe department at a studio. She convinces her parents to sell everything they have to join her in Hollywood, but they are taken in by a swindler and lose all their money. Giddings comes out to help Sue get a better job, but she is determined to track down the swindler and get the money back. Eventually she is successful and everyone returns to River Bend. Normand has one of her most memorable comic moments when she leads a lion around on a leash, fully convinced it is a dog in disguise. Shortly after this picture was released, Normand was involved in a scandal in which her chauffeur shot a male friend with whom she had been drinking. After the 1921 murder scandal involving her colleague Roscoe "Fatty" Arbuckle and the unsolved killing of her good friend, director William Desmond Taylor in 1922, this was the last straw. A number of states banned her from the screen (Ohio's attorney general remarked, "This film star has been entirely too closely connected with disgraceful shooting affairs.") Producer Mack Sennett released Normand from her contract and her career never recovered.

William Desmond
as The Actor

Carl Stockdale
as The Director

Elsie Tarron
as The Actress

Critic Reviews for The Extra Girl

The restrained film succeeds as a gentle comedy, evoking a time long gone in America.

There are no featured reviews for The Extra Girl at this time.