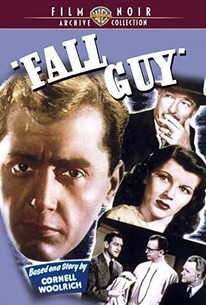 The Fall Guy isn't Lee Majors in this 1930 RKO Radio programmer but instead a hapless druggist played by Jack Mulhall. Upon losing his job, Johnny Quinlan (Mulhall) falls in with underworld chieftain Nifty Herman (played by Thomas Jackson, usually cast as dedicated detectives). Hoping to use Johnny as a dupe to cover up his own shady activities, Herman plants a generous supply of illegal drugs on the poor fellow. Government agent Charles Newton (Pat O'Malley) is prepared to put the cuffs on the lad but instead goes along with Johnny's scheme to trick Herman into a confession. The picture is stolen by Mae Clarke (a full year before her "grapefruit massage" in Public Enemy) as Johnny's wife and Ned Sparks as a saxophone-playing boarder. Based on a stage play by Tim Whelan and George Abbott, The Fall Guy was directed by Leslie Pearce, who later helmed the memorable W.C. Fields two-reeler The Barber Shop.

Critic Reviews for The Fall Guy

There are no critic reviews yet for The Fall Guy. Keep checking Rotten Tomatoes for updates!

There are no featured reviews for The Fall Guy at this time.