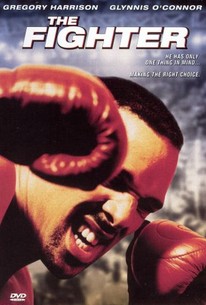 Initially titled Fighting Chance, the made-for-TV The Fighter stars Gregory Harrison in the title role. Unable to support himself or his wife Glynnis O'Connor when he's laid off from his job, Harrison decides to give boxing a try. Glynnis is dead-set against this decision; she takes a job at a beauty salon to make ends meet, which irritates her husband to no end. Working off his hostilities in the ring, Harrison becomes fairly adept with his fists-but the movie's not quite over yet. Featured in the cast of The Fighter is Ray Notaro Jr., a real-life pugilist who served as Gregory Harrison's trainer. The film first aired on February 19, 1983.

Eli Cummins
as Fighter
View All

Critic Reviews for The Fighter

There are no critic reviews yet for The Fighter. Keep checking Rotten Tomatoes for updates!

There are no featured reviews for The Fighter at this time.