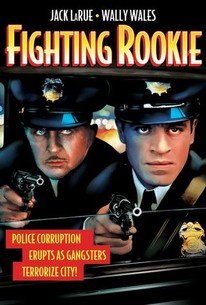 After being framed in a warehouse robbery, a police officer goes undercover as a drunk in order to get the goods on the real culprit in this low-budget affair from Mayfair Pictures Corp. starring Jack La Rue. Arriving at the resort owned and operated by the suspect in the warehouse case, Louis Cantor (Matthew Betz), Officer Jim Trent (La Rue) pretends to be drunk and disorderly and is arrested during a police raid on the premises. Jim's fiancée, Molly (Ada Ince), and best friend, Turner Bates (Arthur Belasco), do their best to rescue the rowdy former policeman, not realizing that he is working undercover and is in constant communication with the police commissioner (DeWitt Jennings). Believing in Jim's subterfuge, Cantor hires him to get rid of the pesky Turner, but with the help of Molly, who has discovered his real purpose, Jim is able to arrest the gang leader and is reinstated in the police force. Most of the talent involved with this potboiler -- from producer Lester F. Scott Jr. to director Spencer Gordon Bennet to leading lady Ada Ince -- were better known for their contribution to Grade-Z Westerns.

Critic Reviews for The Fighting Rookie

There are no critic reviews yet for The Fighting Rookie. Keep checking Rotten Tomatoes for updates!

There are no featured reviews for The Fighting Rookie at this time.